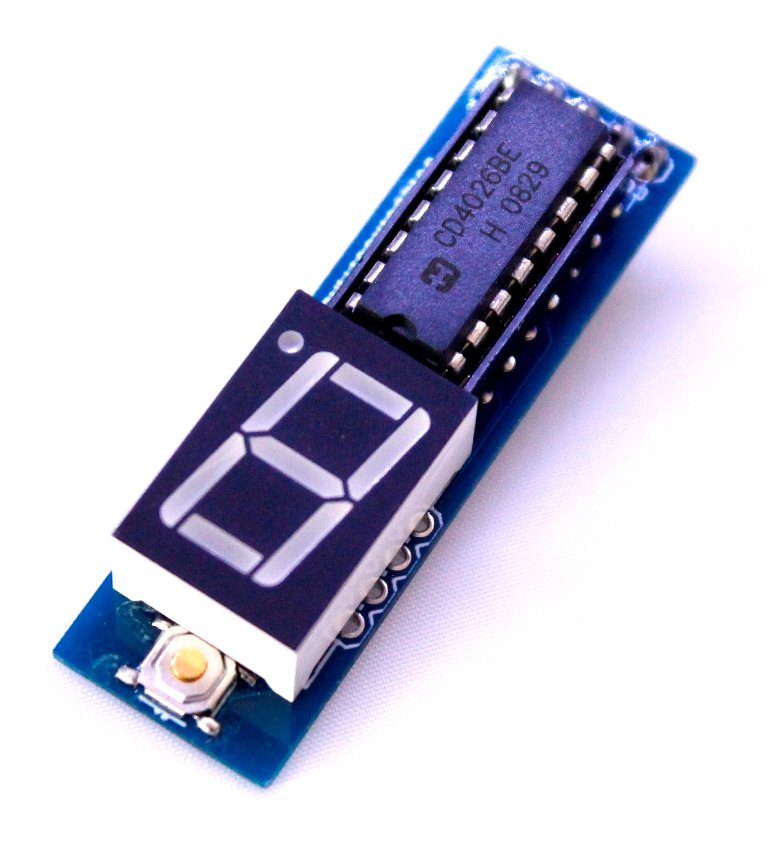 This kit is based on my previous tutorial on ‘digital object counter‘. I had published the tutorial under ‘minibread’ category. Please check the tutorial. In that tutorial, you can see that there is only one seven segment display and there is no reset switch. Well, that was extremely basic circuit.

My new DIY digital object counter works with TSOP4838 infrared receiver   and there are two seven segment displays displaying numbers from 0 to 99.   An IR transmitter is oriented towards the TSOP4838 infrared receiver of counter module and objects are moved between the counter and transmitter modules. Each time an object passes between the two modules, the seven segment displays show increment in numbers. The counter module can be reset to 0 at any time and restart the counting.

Watch the video below:

The counter can be reset to 0 by pressing the reset switch(see on video). The counter stops counting if the IR rays is continuously falling on the IR sensor. As soon as an object obstructs the IR signal, the counter immediately counts the interruption.

The distance between the counter module and the IR transmitter should be around 1 meter.

The module can also be tested with general remote control. Thus, you can also call it as a simple remote tester. For each press on your remote control, there is increment in number.

Power supply: The counter works with a 9V battery and the IR transmitter works from 6V to 9V.

Counter operating with a remote control: 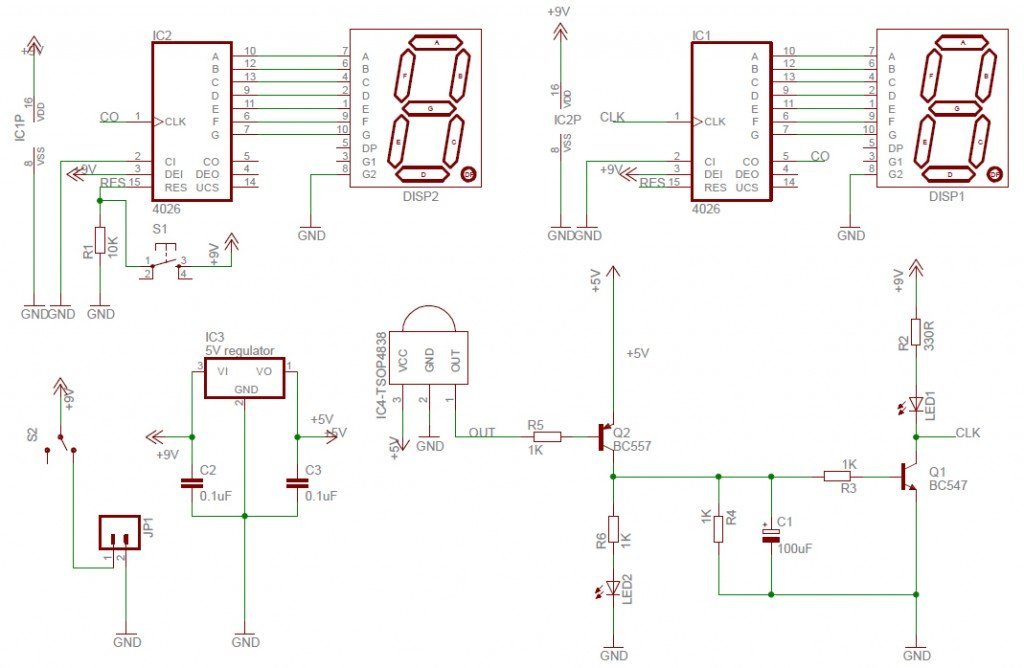 When TSOP4838 infrared receiver receives infrared signal, it triggers BC557 and switches on LED2. This trigger also charges the RC circuit network made up of C1(100uF), R3(1K) and R4(1K) and switches on the transistor BC547 for a few seconds. Transistor Q1 switches on the LED1 and gives clock signal to IC1(CD4026). For each clock, CD4026 drives the seven segment display and increases the numbers on the display. 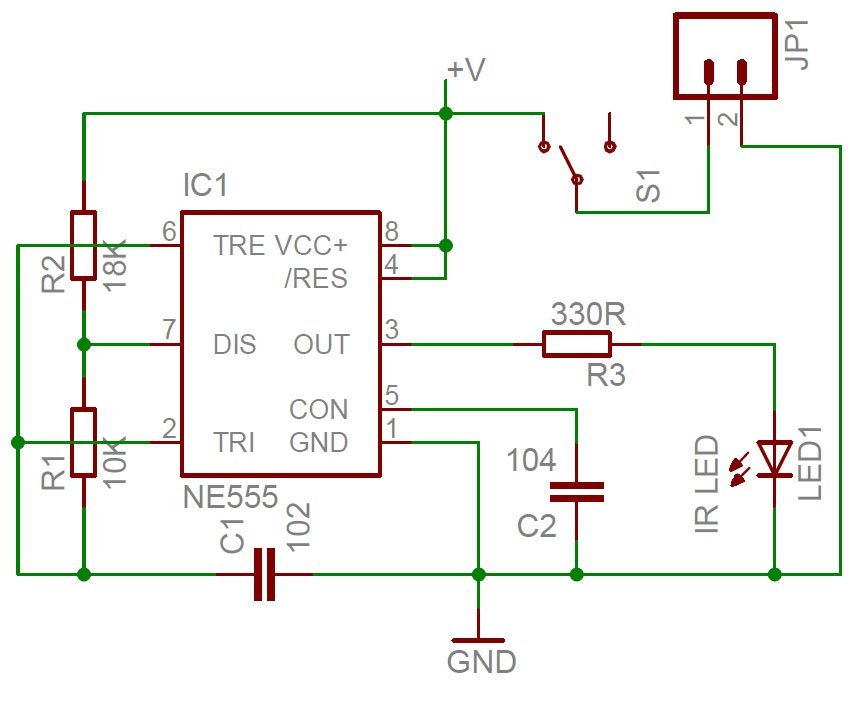 IR transmitter is based on astable mode of 555 timer. The 555 timer, resistors and capacitor on the transmitter module output IR rays at 37.974Khz(approximately 38Khz). The TSOP4838 infrared module operates at 38KHz infrared frequency, however, that is not so strict with these kinds of basic experiments. It actually operates at frequencies between 30Khz to 40Khz.

How to use the kit

Behavior 1: When you place the IR receiver and the IR LED in a straight line, the two 3mm LEDs on the counter module are switched on and it counts as soon as there is an object in the line of sight.

Behavior 2: When you place the IR receiver and the IR LED close to each other but not in a straight line, the two 3mm LEDs on the counter module are switched off and the counter counts as soon as an object moves away from the line of sight.

Please watch the following video to be more clear:

Check out all the counters

CD4029 Based Up And Down Counter For Arduino And NE555